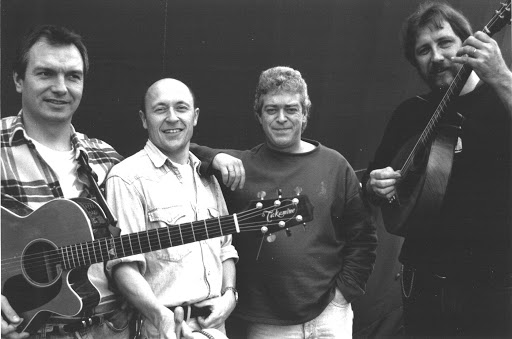 Friends of our own Gideon Barrett, Nordet are well known to aficionados of shanty music and have played at many British shanty festivals. Listen to a sneak preview here.

The creation of the group Nordet starts at the beginning of the 1990s, the crew was formed of 3 Lorient sailors. This group evolved in the course of the stopovers and sea fortunes to arrive at the ideal crew, marrying traditional Breton, “a cappella” songs, working songs of diverse horizons of the Atlantic coast, to the North of Scotland, without forgetting the masterful traditional or contemporary compositions. The Nordet’s sailors are neither novices in the maritime domain, nor in the musical domain; three of them work in shipbuilding and the fourth is stringed-instrument maker. They all play traditional instruments with great panache without forgetting their voices which they use with virtuosity. They have been singing since their adolescence in all the festivals along the coast of Brittany and display a mixture of humour and reverence. 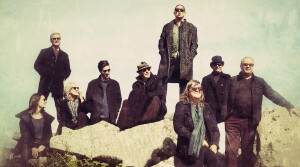 Hailing from the Cornish side of the beautiful Tamar Valley, Barrett’s Privateers are a group of friends who have been drawn together by their love of singing and a desire to maintain the tradition of singing in pubs. As such, members of Barrett’s Privateers have been leading Shouts (as part of Shout Kernow/Shout East) in pubs in South East Cornwall for several years, but have now come together as an official group to enable them to perform at events and festivals. This mixed crew, with ages ranging from early 20s to 60+, all share a love of land-based (Cornish and Folk) and sea-faring songs and shanties. Offering a wonderful blend of male and female voices, and helmed by their captain, Gideon Barrett, with his vast knowledge of traditional songs, Barrett’s Privateers are hoping to bring power and harmony to the fore.

Starts at 8pm in Landulph Memorial Hall. Doors (and bar!) open at 7pm.

The bar will be open throughout the performance.

Online booking is currently closed but I expect to have a few more tickets.  If you would like a ticket please call or text me to go on the waiting list.  Clare 078 666 80971